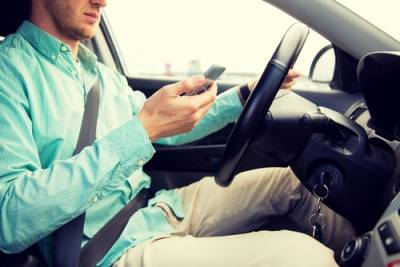 The fall season has officially arrived in Northern Illinois and school is back in full swing. If you have school-aged children, you may have struggled with them adjusting to getting up early again, finishing homework before dinner, and the everyday stresses that are part of the educational process. Of course, the new academic year affects those without children as well, particularly individuals who live near a school or who must pass by a school on their way to and from work. Every day, millions of Americans drive through school zones, but a disturbing new study suggests that as many as one in three drivers may be distracted when they do.

Zendrive is a California-based tech company that develops tools for capturing and analyzing driving behaviors for individuals, fleets, insurance companies, and other organizations. The company recently conducted a study that examined some 75,000 schools across the United States and how drivers who passed them behaved behind the wheel. According to Zendrive’s numbers, nearly nine out ten drivers (88 percent) still use their phone while driving despite laws against hand-held device use in nearly every state.

The study also found that a full third of all drivers exhibited unsafe behaviors during pickup and dropoff, including using their cell phones and texting. The research showed that the afternoon pickup period of 2 p.m to 5 p.m. is about 40 percent more dangerous than the morning dropoff, defined as 7 a.m. to 10 a.m.

Based on the compiled statistics, Zendrive assigned a letter grade from A to F to each state, county, and school. Florida and California were the only two states to receive an F, but the most dangerous schools were found in New York and Texas. Illinois received an overall grade of a D, but Will County and Cook County were given Fs, making them the second-most and most dangerous counties for school zone travel in the state, respectively.

The Dangers of Distracted Driving

The goal of the study was to draw attention to unsafe driving behaviors in the vicinity of schools so as to protect the most vulnerable members of our society. As it currently stands, car accidents are the leading cause of death for teens in the United States, and phone use while driving increases the chances of a crash by 20 times. In the time that it takes to look down and read a quick text message—about four and a half seconds—a car at 55 mph will travel the length of a football field. Obviously, at slower speeds around school zones, a car will not travel quite as far, but a child could easily run out in front of a distracted driver with tragic results.

Injured By a Distracted Driver?

If you or a loved one has been injured in an accident in which distracted driving was a factor, contact an experienced Orland Park personal injury attorney. At Schwartz Injury Law, we will work with you in obtaining the full compensation you need to put your life back together. Call 708-226-9000 for a free consultation today.