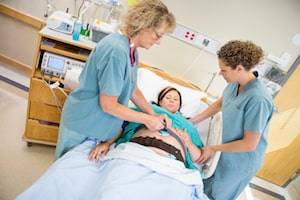 You may be shocked to learn that the number of U.S. women who died while giving birth has risen over the past 15 years, from 700 deaths in 2000 to 1,063 in 2015. Over the same 15-year period, the U.S. maternal mortality ratio rose from 17.5 to 26.4 deaths per 100,000 live births. Of course, not all of those deaths are attributable to medical malpractice. But these statistics do raise questions. Why has the maternal mortality ratio in the U.S. gone up? Why are maternal death rates are so much higher in some states than others? Are some of these deaths preventable?

California, for example, has a maternal death ratio of just 4.5, while Illinois has a reported ratio of 14.7. An Illinois study published in 2014 suggested that roughly one-third of maternal deaths in Illinois could have been prevented.

To create and disseminate best practices, the California Department of Public Health worked with Stanford University to found the California Maternal Quality Care Collaborative. Several in-depth “how to” guides are now available and widely used in California hospital maternity units and birthing centers, covering common emergencies such as venous thrombosis (a blood clot in a vein), maternal hemorrhage, and the special needs of women with cardiovascular symptoms.

For example, to prevent women from dying of excessive blood loss during childbirth, labor and delivery staff should practice and memorize the steps to take in this type of medical emergency. They should have a wheeled cart that contains all necessary tools and supplies to treat hemorrhage, along with a hemorrhage-specific tray of medicines. In addition, blood supplies need to be available at a moment’s notice.

Most of the larger states have implemented review and improvement programs similar to California’s. In Florida, for example, a report showed that more than half of pregnancy-related deaths were likely preventable. The preventable deaths involved maternal hemorrhage, infection, and high blood pressure. A recent New York report found that in almost one in five maternal deaths, the medical staff did not follow nationally recognized standards of care. Some states have reported issues with inadequate staffing or pharmacy procedures, which can lead to medical errors such as medication overdose.

If you have lost a loved one in childbirth and suspect that medical errors may have contributed to the death, consult a knowledgeable Cook County birth injury attorney to discuss your situation. Call Schwartz Injury Law at 815-723-7300 or 708-888-2160 for a free consultation.