Can Fatal Truck Crashes Be Avoided Through Technology Mandates? 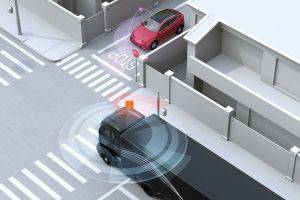 There is a growing concern in the US regarding the number of fatalities resulting from rear-end semi-truck crashes and the preventability of these collisions. The NHTSA recently released the latest large truck crash statistics. 4,761 people were killed in crashes involving large trucks in 2017, a 9 percent increase from 2016 and a 12 percent increase since 2008.

Currently, commercial trucks in the U.S. are not required to be equipped with forward collision warning and automatic emergency braking systems. However, this technology is being studied intensively by federal safety agencies such as the Federal Motor Carrier Safety Administration (FMCSA). The FMCSA’s primary mission is to issue and enforce regulations concerning commercial motor vehicles (CMVs).

Two federal agencies are currently clashing over this issue. The National Transportation Safety Board (NTSB) is responsible for investigating transportation accidents and making recommendations for improving safety. The National Highway Traffic Safety Administration (NHTSA) is in charge of setting motor vehicle and highway safety standards.

Semi-Trucks Should Have Crash Avoidance Systems

The NTSB has made it clear that new regulations are needed to reduce rear-end collisions initiated by heavy trucks. You have probably seen TV ads showing how cars can alert a driver when they get too close to an object in front of them and can even automatically apply the brakes to prevent a collision. On numerous occasions over the past two decades, the NTSB has recommended that commercial semis should be equipped with this type of technology. This recommendation also appears on the NTSB’s 2019-2020 Most Wanted List of Transportation Safety Improvements. According to some sources, forward collision avoidance systems could prevent 70 percent of rear-end truck collisions.

The NHTSA, however, has not pushed for implementation of this technology in commercial trucks, even though it could prevent thousands of truck crashes. The NHTSA says it is still researching and testing the technology. Meanwhile, the European Union already requires big trucks to have crash avoidance technology.

Whether or not a truck had this equipment is increasingly being raised as a factor in personal injury and wrongful death lawsuits. In the near future, a trucking company could be considered negligent if they do not have crash avoidance systems in their trucks.

When someone is seriously injured in a crash with a semi or other large commercial truck, insurance company representatives will want to interview everyone involved and seek a quick settlement for those injuries. Before saying anything to anyone about the accident, consult an experienced Cook County truck accident attorney. For a free consultation, call Schwartz Injury Law at 708-226-9000 for our Orland Park Office or 815-723-7300 for our Joliet office.