Can I Collect Compensation Even If I Was Partially Responsible for a Truck Accident? 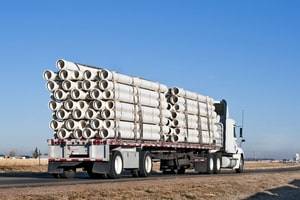 Imagine the following scenario: A man is driving down the freeway traveling about 10 miles per hour over the speed limit. Suddenly, a large metal container falls off of a flatbed truck and onto the road in front of him. He slams on the brakes but still ends up colliding with the container. His car is totaled and he suffers a head injury and two broken bones in the truck accident. He wants to recover compensation for his damages but assumes that he cannot bring a successful injury claim because he was speeding at the time of the accident. However, according to Illinois’ modified comparative negligence law, he may still be entitled to compensation.

Rarely are injury lawsuits black and white, and determining who is at fault for a truck accident is almost never straightforward. It is possible that several different factors led to your accident, including your own actions. In the previous example, it could be argued that the driver’s speeding exacerbated the damages caused in the accident. Perhaps if the driver was driving the speed limit, his injuries and the damage to his car would not have been as severe.

Fortunately, in Illinois, you are still permitted to bring an injury claim against a negligent party as long as you are not more than 50 percent responsible for the accident. If your contributory fault, meaning your portion of the blame, is found to be 50 percent or less of the proximate cause of your injuries, you may still recover compensation. However, the amount of compensation you recover will be reduced in proportion to your portion of fault.

For example, if the injured driver who was speeding is found to be 10 percent at-fault for the accident and the party responsible for loading the flatbed truck is 90 percent at-fault, the damages the driver receives are diminished by ten percent. If the driver was asking for $20,000 in damages and is found to be 10 percent at fault, he may still receive $18,000 in damages. Illinois statute states that an injured person is barred from recovering damages if his or her contributory fault is greater than 50 percent of the proximate cause of his or her injuries.

As you can see, the rules regulating compensation for a personal injury can be complex. Determining fault after a truck accident is no easy task. If you or a loved one were hurt in a truck accident, you need a lawyer who understands Illinois law and will fight to get you the full compensation you deserve. Speak with an experienced Cook County personal injury attorney at Schwartz Injury Law to learn more about your legal options following a truck accident. Call us at 708-226-9000 today to schedule a free consultation.