Can I Pursue a Lawsuit for Cancer Caused By Toxic Chemical Exposure? 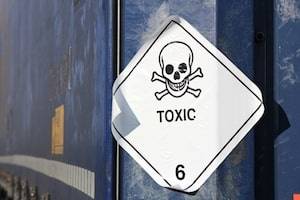 To win a product liability lawsuit, you have to prove that the product caused a significant injury and financial loss. When someone is instantly injured by a defective product, as when a child is poisoned by a product with unsafe packaging, it is easy to see the causal connection between the product and the injury. However, when someone is exposed to a product over a long period of time and alleges that the product gave them cancer, the causal connection is much harder to prove. So, how do you prove causation and win compensation for a personal injury when the damage caused by a dangerous product happened over a long period of time?

Government warnings based on scientific research. Years of research are typically required to prove how a particular chemical affects the human body. Government agencies often fund this research and issue associated warnings and regulations, including the Agency for Toxic Substances and Disease Registry (ATSDR), the Centers for Disease Control and Prevention (CDC), the Environmental Protection Agency (EPA), and the Occupational Safety & Health Administration (OSHA).

For example, the EPA classifies benzene, a compound found in petroleum, as a “known human carcinogen” that affects the bone marrow; this classification makes it relatively easy to show causation between exposure to benzene and blood-based cancers such as leukemia and non-Hodgkin’s lymphoma. When the International Agency for Research on Cancer (IARC) classified glyphosate as “probably carcinogenic to humans,” it opened the door for litigation against the maker of Roundup weedkiller, which contains glyphosate.

Workplace exposure. It is generally easier to prove chemical exposure that happened in your workplace than elsewhere. Employers are bound by numerous regulations and are often required to maintain documentation of their use of toxic chemicals and their related safety procedures. For example, in 2019, a Northern California jury awarded $21.4 million to the families of two brothers who contracted blood-based cancers after decades of working in a tire plant where they sprayed a benzene solvent on tires. The tire plant owner failed to provide employees with adequate safety warnings and protective safety gear.

Prior lawsuits. After one person wins a personal injury lawsuit alleging that their cancer was caused by long-term exposure to a toxic chemical, it becomes easier for others with similar claims to obtain compensation. For example, in August 2018, a California groundskeeper won the first U.S. lawsuit against the manufacturer of Roundup weedkiller; he alleged, and the jury agreed, that the chemical glyphosate in Roundup was a substantial factor in causing his non-Hodgkin’s lymphoma. In March 2019, a jury awarded $80 million to another man who developed non-Hodgkin’s lymphoma after regularly spraying Roundup on his 56-acre property for 25 years and sometimes getting it on his skin. Over 11,000 Roundup lawsuits have now been filed in the U.S.

If you believe your cancer was caused by exposure to a dangerous chemical at work, and your employer failed to provide sufficient safety protection, contact our experienced Will County personal injury lawyers. To discuss your case at no charge, call the Joliet office of Schwartz Injury Law at 815-723-7300 or our Orland Park office at 708-888-2160.