Can Illinois Parents File a Wrongful Death Claim for a Stillborn Child? 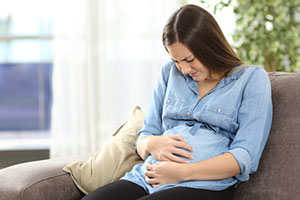 When a baby dies after at least 20 weeks of pregnancy but prior to birth, this is termed a stillbirth. Problems with the placenta or umbilical cord are two of the most common causes of stillbirth, and both of these problems can often be diagnosed via prenatal ultrasound tests. If your doctor failed to identify and provide appropriate treatment for a condition that led to your child being stillborn, you could have grounds for a medical malpractice lawsuit for infant wrongful death.

Illinois Law on Wrongful Death of an Unborn Child

Some states strictly limit the amount of damages that can be claimed by parents for the wrongful death of a child, essentially allowing recovery only for funeral expenses. Some states do not allow parents to make a wrongful death claim at all for an unborn child. In Illinois, however, the law states that parents can claim compensation for grief, sorrow, and mental suffering in addition to actual expenses. Illinois law also holds that “the state of gestation or development of a human being” does not prevent parents from pursuing a claim for

“the death of a human being caused by wrongful act, neglect, or default.”

Stillbirth May Sometimes Be Traced to Medical Error

In many cases of stillbirth, parents will have no grounds for a medical malpractice lawsuit. In nearly one-fourth of cases, the cause of stillbirth simply cannot be determined. In other cases, the stillbirth is clearly not due to medical error but rather to a condition that could not be discovered via prenatal testing or for which no treatment could save the baby’s life, such as a genetic defect.

In order to win a wrongful death claim, you must be able to show that a medical professional failed to provide the current “standard of care” during your pregnancy. This must have resulted in a failure to properly diagnose or treat a specific condition that led to the death of your unborn child. Another obstetrician or doctor familiar with your type of case will need to review all of your medical records and come to the conclusion that medical malpractice occurred. An autopsy of the infant may be necessary as well. Unless some type of medical error or neglectful care can be shown, you will not be able to win a wrongful death lawsuit.

Some common causes of stillbirth that could support a wrongful death claim include:

If you suspect that a medical error or negligence resulted in your child being stillborn, consult a knowledgeable Cook County birth injury attorney. There is no charge for our initial consultation. Call Schwartz Injury Law at 708-226-9000 in Orland Park or 815-723-7300 in Joliet.