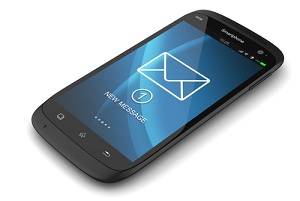 Over the last decade or so, lawmakers and public safety advocates have been trying to create awareness about the dangers of driving while distracted. Many of these efforts have been centered around the use of a cell phone and texting behind the wheel. While many wireless service companies like Verizon and Sprint have joined the fight and introduced “driving modes” to eliminate texting while driving, thousands of people are still injured each year in accidents that could have been prevented if drivers simply put down their phones. A recent study found, however, that your phone can be distracting even if it is not in your hand or where you can see it.

The Call of the Unknown

A research team from Florida State University wanted to know how much driver distraction was caused the act of texting as opposed to the thought that is involved with sending and receiving messages. They found that simply hearing a notification from a cell phone was enough to significantly distract a driver from the task of driving the vehicle. The distraction was found to be so severe that it was comparable to the distraction of a cell phone call or sending a text message. One of the project’s contributors said it “was really shocking” to see the level of distraction caused by just a notification.

The team published its findings in the Journal of Experimental Psychology: Human Perception and Performance. It seems that driver distraction is as much about what is going on inside a driver’s head as it is about where the driver’s eyes are at any given moment. Many drivers seem to be distracted by just the idea that someone may be trying to get a hold of them by phone, email, or text. Study participants were three times more likely to make mistakes in a demanding digital task when they received—without responding to—a notification compared to those who did not get an alert.

Studies like this one raise very interesting questions about driver distraction and how to prevent it. Of course, it is impossible to keep a driver’s mind from wandering—whether he or she is thinking about a possible text message or a movie that he or she wants to see. Unfortunately, a mere moment of distraction can lead to tragic results. Each year, an estimated 3,000 people die and 400,000 more are injured in accidents caused, at least in part, by distracted driving.

If you or someone you love has been hurt by a distracted driver, it is important to contact an experienced Orland Park personal injury lawyer as soon as possible. Call 708-888-2160 to schedule a free consultation at Schwartz Injury Law today. We will help you explore your options for collecting compensation and remain at your side every step of the way.