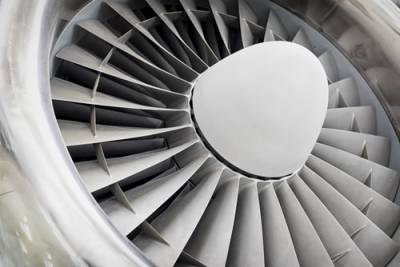 Earlier this week, a Southwest Airlines plane was forced to make an emergency landing when one the of aircraft’s engines exploded and sent debris into the body of the plane. In the wake of the fatal accident, the Federal Aviation Administration (FAA) announced that it will be issuing an “airworthiness directive” regarding the specific type of engine in question because this was not the first time one of them failed in spectacular fashion.

The exact cause of the explosion is not yet known, but the chain of events is fairly clear. The incident occurred as a Southwest Airlines flight from New York to Dallas was climbing toward its normal cruising altitude shortly after takeoff. A preliminary investigation suggests that a fan blade in the left-side engine broke, causing an explosion and sending pieces of the engine—including the large outer covering—flying.

The flying debris hit the body of the plane, shattering a window just above the left wing. A woman sitting next to the window was violently sucked into the hole as the plane banked to more than 40 degrees. Other passengers were able to pull the woman back into the plane, but she was seriously injured and later died from her injuries.

The pilot was able to get the aircraft safely on the ground in Philadelphia less than an hour after takeoff. The female passenger near the window was the only fatality, and other passengers suffered minor injuries.

Possible Problems With the Engine

Two years ago, a very similar accident occurred on a Southwest flight from New Orleans to Orlando. In that case, a fan blade from the engine—the same type of engine—broke midflight and forced an emergency landing. Fortunately, the incident did not cause any serious injuries. In response, the FAA issued a proposal regarding the inspection and replacement of fatigued fan blades, but a mandatory airworthiness directive was never finalized. According to the FAA, that will not be the case this time.

The investigation into this week’s accident has indicated that fatigue cracks in the metal of the fan blade may have caused the whole thing. The FAA says that it will soon be releasing an airworthiness directive—basically, a new rule regarding the operation of an aircraft—which will require that particular model of engine to be carefully inspected for fan blade problems after a certain number of takeoff-landing cycles. Blades that do not pass inspection must be replaced. There are roughly 8,000 engines of this type in service around the world.

Southwest Airlines reported that the particular aircraft in question was visually inspected two days before the accident and was scheduled for a full engine inspection in December. In the wake of the incident, the airline said its entire fleet will be thoroughly inspected within the next 30 days.

Injured in an Aviation Accident?

If you or someone you love has been hurt as the result of any type of accident involving an airplane, you may be entitled to collect compensation for your injuries. Inadequate inspections, dangerous aircraft operation, and defective parts could result in liability on the part of the airplane owner, pilot, or manufacturer. Contact an experienced Orland Park personal injury attorney to discuss your case and your available options. Call 708-226-9000 for a free consultation today.