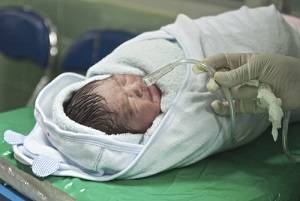 What Is the Statute of Limitations on a Birth Injury Claim in Illinois?

Oxygen Deprivation May Be Attributed to Medical Malpractice

Birth injuries due to hypoxia are often preventable. Labor and delivery staff are expected to closely monitor the baby’s heart rate and take swift action if there are signs that the baby’s health is in danger. If labor and delivery professionals are negligent and fail to meet the medical standard of care, causing significant injury and damages to a baby, they can be sued for medical malpractice.

Oxygen deprivation (hypoxia) during the labor and delivery process is a common cause of birth injuries. When an infant’s brain and other organs are deprived of oxygen, the child can end up with permanent brain damage and conditions such as cerebral palsy, a disorder characterized by muscle weakness, spasticity, and lack of coordination. In some cases, the damage may be so severe that the child will require costly, life-long care.

When a child suffers oxygen deprivation during birth, the full extent of the damages may not be evident for years. This raises two important legal questions:

What Are The Different Statutes of Limitation on Illinois Medical Malpractice Claims?

In Illinois, most personal injury claims must be filed within two years of the accident or event that was the proximate cause of the injury. For medical malpractice cases involving adults, the statute of limitations is two years after the claimant knew or should have known about the injury, but not more than four years from the date of the medical incident (735 ILCS 5/13-101 to 212).

Fortunately, Illinois law recognizes that the extent of a birth injury is often not fully realized until a child nears school age. The law therefore allows a full eight years after a child’s birth to file a claim for damages stemming from medical malpractice during labor and delivery.

This allows time for the child to receive medical treatment and therapy that could improve the child’s condition. It also allows time to see how the child develops physically and intellectually over a period of years. Only then can reasonable predictions be made as to what the rest of the child’s life will be like, including whether the child will ever be able to live independently or hold a job.

A recent Cook County case illustrates the need for the eight-year statute of limitations on birth injury claims and the broad range of damages that may be claimed. This lawsuit alleged six specific acts of negligence by labor and delivery staff that caused a baby boy to suffer oxygen deprivation during his 2009 birth. The boy suffered permanent brain damage and hearing loss and was later diagnosed with cerebral palsy.

In the boy’s first few years of life, his parents were focused on understanding their child’s condition and exploring treatment options for him. The boy was five years old by the time the family realized the full extent of his condition. He would never be able to work in a regular job nor live on his own, and the expense of lifelong care would be enormous. In 2014, the family decided to file a medical malpractice suit.

Medical and financial experts assisted the family’s lawyers in estimating the extent of the damages suffered by the child. Ultimately, the claim for damages included specific compensation for:

If your child suffered a serious injury during birth, and you suspect that medical negligence contributed to that injury, consult an experienced Joliet birth injury attorney to discuss your case. Contact our office at 815-723-7300 or 708-226-9000 to schedule a free consultation.