The Increased Dangers of Truck Accidents 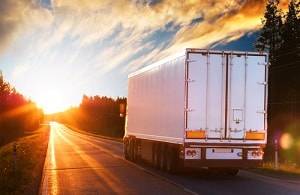 The aftermath of any motor vehicle accident can be overwhelming. Injured victims must determine how badly they are hurt and then deal with the legal, property, and insurance considerations related to the crash. When the accident involves a commercial truck, however, things can become even more complicated. Not only are injuries much more likely but there are often many additional factors that come into play when a commercial truck is involved. It is important to understand how truck accidents are different from “regular” car accidents so that you are fully prepared in the event of such a crash.

According to federal estimates, the average passenger car, including minivans, and SUVs, weighs just over 4,000 pounds. The average tractor-trailer combination that you see on California roadways measures up to 70 feet long or more and weighs up to 80,000 pounds. The numbers are even more staggering for specially-marked “oversized vehicles.” This means that a commercial truck cruising at highway speeds can weigh up to 20 times or more than the cars around it weigh.

The laws of physics tell us that increased mass results in increased forces of inertia when that mass is accelerated—or decelerated such as during a crash. Despite ever-increasing safety features of newer cars, passenger vehicles are simply not built to withstand crashes with massive trucks. In fact, a recent study found that in fatal accidents involving a car and a commercial truck, nearly all (97 percent) of the fatalities were drivers or passengers in the car.

Those who operate large commercial trucks are professional drivers who are hired or contracted to transport cargo. This means that they must comply with a lengthy list of rules and guidelines regarding their driving, maintaining the truck, and even rest periods. Drivers who fail to comply with such rules can be held liable when their actions or negligence cause injuries. The same is also true for the transport companies that own and maintain the trucks and hire and train the drivers.

The Importance of an Attorney

Trucking companies and their insurance carriers often have teams of attorneys working to help them minimize liability after an accident. They may attempt to cast doubt on the injured party’s description of the accident or simply stall the proceedings so that the injured party gives up.

While transport companies have the right to have lawyers looking after their interests, so do you. If you or someone you love has been injured in an accident involving a large truck, contact an experienced San Jose personal injury attorney. Call 708-888-2160 to schedule a free consultation at Schwartz Injury Law today.