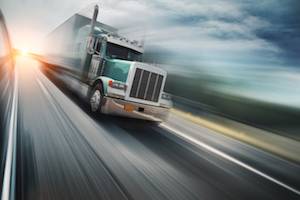 National statistics on large truck and bus crashes are alarming. In 2016, 180,000 people were injured and over 4,500 people were killed in crashes involving large trucks and buses. Compared to 2011, these figures increased by over 20 percent, while the number of large trucks and buses on our roadways increased by 14 percent over the same time period. Because of the weight of these vehicles (30,000 to 80,000 pounds) relative to the weight of an average person (175 pounds) or passenger vehicle (3,000 to 6,000 pounds), a truck accident often leads to a catastrophic personal injury or wrongful death.

Negligence in Large Truck Accidents in Will County

There are many ways in which a person can be killed or injured as a result of negligence on the part of a truck owner or operator. In one 2018 incident on I-80 near Joliet, a wheel hub became detached from the rear axle of a semi-trailer and went flying through the windshield of a passenger car. The car’s driver and her unborn son were both killed in the ensuing crash. The truck driver was cited for an “unsafe equipment” violation by the Illinois State Police. If the driver and/or his employer are found to have been negligent in maintaining the vehicle properly, one or both could be held liable for significant damages for the woman’s wrongful death.

A particularly dramatic crash on I-80 near Joliet in 2017 involved three tractor-trailer trucks. One FedEx truck was broken down on the shoulder, and a second FedEx truck had also parked on the shoulder to offer assistance. A third semi-truck, driving out of control, veered out of its traffic lane and onto the shoulder, striking both FedEx trucks and causing all three trucks to burst into flames. Both FedEx drivers were killed. The Illinois State Police charged the driver of the third truck with improper lane usage and failure to reduce speed to avoid an accident.

In a situation like this, the at-fault driver might have been improperly trained by his employer, his truck could have been poorly maintained by his employer, or the crash could have been due to driver fatigue or speeding. In a lawsuit filed by the estate of one of the FedEx drivers, damages were sought from both the driver and his employer. The lawsuit alleged operator negligence for driving at an unsafe speed, failing to maintain a proper lookout, failing to take evasive action, and failing to avoid a collision. It also claimed the driver’s employer should be held liable for the damage caused by its employee.

If you or a family member has been seriously injured by a commercial truck, you could be facing significant expenses that your medical insurance will not fully cover. Do not assume that the trucking company’s insurance company is going to cover all of your damages, either. To help ensure that all of your long-term needs will be met, consult with a knowledgeable Will County truck accident attorney. Call Schwartz Injury Law at 815-723-7300 or 708-888-2160 for a free consultation.