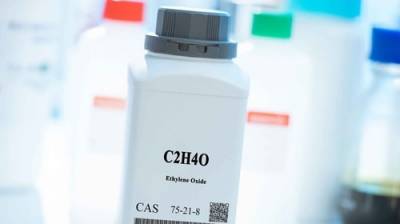 In 2018, the news broke that a company in the Chicago suburbs had been releasing ethylene oxide, a toxic gas, into the community, potentially putting residents at risk. Sterigenics, which operated a medical device sterilization facility located in Willowbrook, was accused of failing to take the proper measures to protect public safety, and it has faced a large number of personal injury lawsuits by people who claimed that they contracted cancer or other conditions after living or working near the facility. Recently, Sotera Health, the parent company of Sterigenics, reached a settlement agreement that would allow it to resolve nearly all of these lawsuits.

What Is Ethylene Oxide?

Ethylene oxide is a colorless gas that has been used for decades as a sterilizing and fumigation agent in a variety of industries. It is used in the medical device industry to sterilize single-use instruments, surgical gowns and drapes, endoscopes, and other medical items. While ethylene oxide can be an effective sterilization agent, it is also highly toxic. Some studies have found that ethylene oxide can cause cancer and other serious health conditions if people are exposed to it over long periods of time. The Environmental Protection Agency (EPA) has declared that ethylene oxide is a hazardous air pollutant.

Since 2018, over 800 lawsuits have been filed against Sterigenics and Sotera Health. In September of 2022, a verdict was reached in the first lawsuit, and a jury ruled in favor of a woman who had contracted breast cancer after living near the Willowbrook facility. She was awarded $363 million. However, in the second lawsuit, a jury found in favor of Sterigenics and did not award any compensation to the plaintiff.

In an attempt to minimize losses and avoid the time and expense of litigating hundreds more lawsuits, Sotera Health has negotiated a settlement agreement. This agreement was announced on January 9, 2023, and it will see the defendant pay $408 million to settle around 850 lawsuits. This agreement will go forward if almost all of the plaintiffs (95 to 100 percent of the people represented by a group of more than 20 law firms) agree to it. The amount each plaintiff will be able to receive under the settlement will depend on the specific details of their case. Through this agreement, Sterigenics has not admitted fault, and the company continues to claim that it did not violate the law and that its facility was not a risk to the community.

While the settlement affects most of the people who had filed lawsuits against Sterigenics, it is possible that some plaintiffs may opt out of this agreement and continue to pursue their claims. Other plaintiffs who were not included in the group may also be able to pursue separate lawsuits. In addition, the settlement does not affect lawsuits filed by people who were affected by Sterigenics facilities in New Mexico and Georgia.

If you have questions about the Sterigenics settlement, or if you want to know more about your options for pursuing compensation for injuries caused by toxic chemical exposure, Schwartz Injury Law can provide the legal help you need. Other companies in the Chicago area have also been accused of releasing ethylene oxide into the atmosphere, and if you have been affected by these emissions, we can provide guidance on how you may be able to pursue compensation. Contact our Cook County personal injury lawyers today by calling 708-888-2160 to set up a free consultation.