Lane Merging Near Trucks Can Result in an Accident

Posted on September 06, 2019 in Truck Accidents 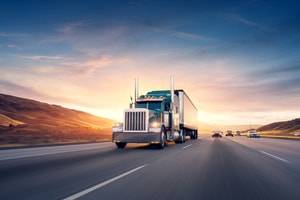 Illinois is cracking down on the number of people driving in the left lane on highways. It is the law that the left lane should be used for passing only and not for idle driving. However, there are times when cars need to be in the left lane – such as a left exit ramp – and so do trucks.

The best way to avoid a truck accident while merging lanes on the highway is to make sure you are not in the truck driver’s blind spots. Most truck drivers have a sign on the back of their vehicle reading “If you can’t see my mirrors, I can’t see you.” Motorists should keep this in mind every time they drive near trucks to avoid going undetected while passing.

Truck drivers need to also be aware of where their left-sided exit ramp is on the highway and be prepared for smaller vehicles passing on the left before they move over. If the driver does not check their mirrors and turn on their indicator light before moving, they could be putting another driver’s life at risk. 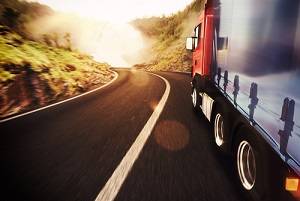 Many jobs across the country require their workers to perform on tight deadlines. Truck drivers, especially, have their own deadlines for delivering goods to a destination. This is why sometimes drivers travel for too long and can become drowsy while still behind the wheel. Drowsy driving may be considered a negligent act by the truck operator because it can lead to serious accidents that often involve other people on the road.

The Reality of Drowsy Driving

The Centers for Disease Control and Prevention (CDC) reported that in 2013, drowsy driving accounted for about 72,000 crashes, 40,000 injuries, and 800 deaths. Truck drivers were included in the list of most likely to fall asleep at the wheel due to long shifts.

Truck drivers are allowed to drive a maximum of 11 hours in one day so long as they had at least 10 hours of non-driving time before the shift began, according to the Federal Motor Carrier Safety Administration. If drivers operate their vehicle for longer periods of time or just feel tired, but continue to drive, their senses and reaction time become impaired. Thus, they will be unable to react quick enough if they start to veer off the road or come into close contact with other drivers. 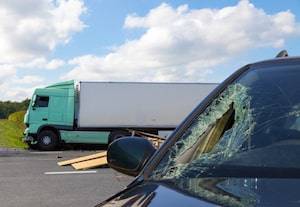 If someone in your family has been seriously injured in a truck accident, you are part of a dangerous nationwide trend. In March 2019, the Federal Motor Carrier Safety Administration (FMCSA) issued its latest highway crash statistics for the year 2017. From 2016 to 2017, the number of large commercial trucks involved in fatal crashes in the U.S. rose from 4,251 to 4,657, an increase of 10%. Thousands more commercial truck crashes involved serious injuries. These statistics are concerning, because while the amount of semi-truck traffic on America’s roadways has been rising, the number of crashes is rising faster.

Why Do You Need an Attorney for a Truck Crash Insurance Claim?

When someone you love is seriously injured or killed in a commercial truck accident, your family is both emotionally and financially vulnerable. When you have mounting medical bills and loss of income, why not accept the offer of a quick insurance settlement? Can you not trust the insurance company to pay you a fair amount of compensation for your injuries?

Why Speeding Is a Leading Cause of Truck Crash Fatalities 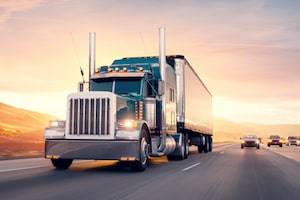 The National Transportation Safety Board (NTSB) points to rising speed limits as a critical factor in the increase in fatal truck accidents. Since 1995, states first increased highway speed limits from 55 to 65 mph, and then to 70 mph. Since January 1, 2014, over 80 percent of Illinois’ interstate highways have had a 70 mph speed limit. Speeds up to 80 mph are allowed on rural interstates in Idaho, Montana, Nevada, South Dakota, Texas, Utah, and Wyoming, while states like Kansas, Nebraska, Oklahoma, and nine others have a 75 mph cut-off.

When speeding, truck drivers have little room for error. A fully loaded semi traveling at 55 mph will take about 300 feet to stop, but at 65 mph, tractor-trailer trucks can take 525 feet to stop. Tailgating, driver fatigue, or even a minor distraction can lead to a collision with tragic consequences.

The faster a car or truck is going, the greater the force of the crash. In addition, the energy of the crash increases exponentially relative to the speed. Imagine backing into a concrete post at 25 mph. It would not kill you, but your bumper would take a beating. Now imagine this crash at even higher speeds: