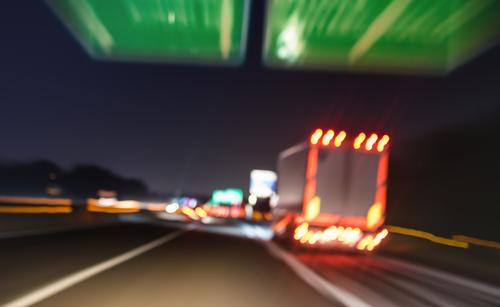 When you think of someone being injured in a semi-truck accident, you probably think of the truck colliding with a car or motorcycle. However, not all trucking accidents and injuries involve vehicle-to-vehicle collisions. Trucks can also seriously injure people as a result of improperly loaded cargo that spills onto a roadway.

In April 2019 in a northern suburb of Chicago, a farm tractor pulling two 1,000-gallon tanks of fertilizer leaked significant amounts of anhydrous ammonia into the air. The tanker leak created a suffocating cloud of ammonia gas that looked like fog. Anyone who drove through it instantly felt their lungs burning. Exposure to the toxic gas sent about 40 people to the hospital, seven of whom required treatment in the intensive care unit. Injuries included chemical burns to the lungs, which could leave permanent damage, as well as vision and speech impairments.

It was later determined that some tank valves had been left open. Failure to secure those valves prior to transporting the tanks will likely be deemed negligence on the part of the tractor driver and/or the owners of the farm who employed the driver. Lawsuits have already been filed to hold them liable for damages to the people who were injured by the chemical spill.

In May 2019, a semi-truck spilled about 1,000 pounds of electric arc furnace dust in Madison County. The dust, produced by steel manufacturing, contained heavy metals such as cadmium and lead. The cause of the spill was a quick stop made by the driver, which caused the load to shift and spill out of the covered truck bed. People exposed to the dust could suffer eye, nose, throat and/or skin irritation. Even a low level of exposure to heavy metal dust can be harmful, especially for small children whose brain development can be affected. Everything outdoors that was exposed to the dust required thorough washing, and people whose cars were exposed would need to change their car cabin air filters and wash the interior of their vehicles.

Hazmat Spills Can Cause Traffic Jams and Collisions

A recent hazmat spill on Interstate 55 occurred because a tractor-trailer operator failed to properly secure a 1-cubic-yard container it was carrying. As a result, the container shifted, was damaged, and leaked its contents onto the highway. The container was filled with a corrosive substance used as an antibacterial agent.

Traffic piled up as a hazmat team worked to clean up the spill. Two people died when their car was rear-ended by a pick-up truck and slammed forward into a semi-truck. In this case, the pick-up truck driver was most likely negligent for driving too fast and being unable to stop to prevent an accident. However, the truck operator who created the chemical spill might also be implicated.

If you have been injured as a result of a trucking accident, whether it involved a cargo spill or a collision, be sure to discuss your case with a highly qualified Will County truck accident lawyer. For a free consultation, call the Joliet office of Schwartz Injury Law at 815-723-7300 or our Orland Park office at 708-226-9000.