The Truth About a Well-Known “Frivolous” Lawsuit 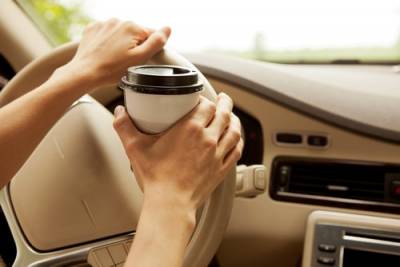 Most people have heard about the now-infamous McDonald’s hot coffee lawsuit. It is a story which has been widely misrepresented by the media and is often misunderstood by the general public. The 79-year-old plaintiff was in the passenger seat of a car when she went through the McDonald’s drive-thru and ordered a coffee. As she was unfastening the lid of the coffee, it tipped and spilled on her. When she and her family brought a lawsuit against McDonald’s, many considered the suit to be ridiculous. After all, we have all accidentally spilled coffee or other drinks before. The public, in general, did not understand how the situation was the restaurant’s fault and assumed the plaintiff was merely greedy or looking for an easy payout.

The actual story is much more gruesome. What many do not realize about the cup of coffee from McDonald’s was that it was served at a temperature between 180 and 190 degrees Fahrenheit—per corporate specifications. Liquid at this temperature is so scalding that it can cause third-degree burns in two to seven seconds. Third-degree burns are the most severe type of burn a person can endure and result in skin being burned down to the muscle/fatty-tissue layer.

When the plaintiff spilled the coffee on herself, she did not even have time to react before she was seriously injured. The woman suffered third-degree burns over 16 percent of her body, including severe burns to her genitalia. Her injuries were so severe, she required hospitalization for eight days and skin grafts. She was disabled for two years following the incident.

Perhaps more importantly, this was not the first time McDonald’s had received reports of injury from its extremely hot coffee. In fact, between 1982 and 1992, more than 700 people reported being burned by the coffee. Some of these individuals were offered settlements by McDonald’s. The 79-year-old plaintiff who was seriously burned offered to settle with McDonald’s for the relatively low amount of $20,000, but McDonald’s refused. A jury awarded the injured woman $160,000 in compensatory damages and $2.7 million in punitive damages. The jury reportedly arrived at the $2.7 million figure as a two-day estimate of coffee sales in all McDonald’s restaurants. The judge actually reduced the punitive damages to $480,000, and eventually, the parties settled out of court for an undisclosed amount.

Regardless of the money that the victim received, the lawsuit put pressure on McDonald’s to change its coffee service standards. The woman was never trying to get rich off of a simple mistake. Sometimes, it takes making a big splash to draw attention to very real problems, even it may seem frivolous to those who do not know better.

If you or a loved one has been injured because of another’s negligence you need an experienced Orland Park personal injury lawyer on your side. Contact Schwartz Injury Law, to discuss your case and your available options today. Contact us at 708-888-2160 and schedule your confidential consultation.