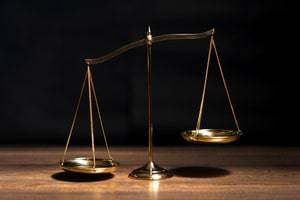 In the majority of injury-causing accidents, determining why an accident occurred is not simple and straightforward. There may be many variables that combined to cause a “perfect storm” of circumstances. For example, in a drunk driving accident, the driver’s intoxication may not be the only reason the accident occurred. It may also have been raining, the road may have been in poor condition, or the other driver involved in the collision may have glanced down at his or her phone moments before the crash. In situations involving shared fault, who is deemed legally responsible for the harm caused in the accident? Illinois follows a legal doctrine called modified comparative negligence when a person’s injury was partially his or her fault and partially the fault of another party.

There are two main ways that states handle personal injury cases involving shared liability: comparative negligence or contributory negligence. In states that follow the doctrine of contributory negligence, if an injured person contributed to his or her own injury, he or she cannot collect compensation. This is considered an unreasonable rule in many people’s eyes because a person who is only one percent at fault for an injury is barred from collecting compensation from a party who was 99 percent responsible. Fortunately, Illinois is a comparative negligence state. This means that an injured person can still collect damages even if he or she is partially at fault for the injury-causing accident.

Illinois followed a slightly modified version of comparative negligence which is sometimes referred to as the “51-Percent Bar.” According to the rules of modified comparative negligence, an injured party may be eligible for compensation as long as he or she was not 51 percent or more responsible for his or her injuries. However, the amount of compensation he or she can receive will be reduced according to his or her percentage of fault. For example, if an injured party requested $50,000 in a lawsuit for a slip and fall accident but the court found him to be 20 percent responsible for the accident, he would receive $40,000.

If you or a loved one were injured in an auto accident, slip and fall accident, or defective product accident, contact a skilled Illinois injury attorney at Schwartz Injury Law to learn about your options for compensation. Do not assume that just because you partially contributed to the accident that you cannot recover compensation. To schedule a free consultation to discuss your case, call our office at 708-226-9000 today.