What Are the Top Highway Safety Issues Leading to Car Accidents? 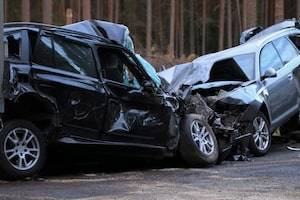 More than 37,000 people died and over two million were seriously injured in car accidents in 2017. Sadly, most of these deaths and injuries were preventable. In its 2019–2020 Most Wanted List of Transportation Safety Improvements, the National Transportation Safety Board (NTSB) identifies some of the top causes of highway accidents and ways to prevent these injuries. The ones discussed in this article are all possible factors which could support a claim of negligence or fault for injuries sustained in a motor vehicle crash.

Alcohol impairment is a leading cause of car accidents. In 2016, one third of fatal car crashes involved a driver with alcohol in their system. While the current standard for DUI is a blood alcohol content of 0.08 percent, the NTSB would like to see states adopt a legal limit of 0.05 percent. This is something to keep in mind if you are ever injured in an accident with a drunk driver: even if the driver is not charged with being over the 0.08 legal limit, they could well be alcohol-impaired at a level of just 0.05 percent.

The NTSB would also like all law enforcement agencies to collect “place of last drink” data as part of any accident investigation involving an alcohol-impaired driver. This could be another valuable data point for any personal injury or wrongful death lawsuit.

Drug impairment is a growing problem in the U.S. One recent study reported that the percentage of at-fault drivers in fatal two-car crashes who tested positive for prescription opioids rose from 2 percent in 1993 to 7 percent in 2016. The NTSB has called for states to adopt a common standard for drug testing of drivers that specifies the circumstances when drug tests should be required and a minimum set of drugs that should be tested for. If you have been involved in a crash, knowing exactly what drugs the at-fault driver took could make a difference in your financial recovery.

According to the NTSB, speeding is a major cause of car accidents and also increases the severity of injuries sustained in a crash. The NTSB Most Wanted List calls out these particular causes of fatal and severe-injury crashes and ways to mitigate them:

If you or a loved one has been seriously injured in a car crash, be cautious when speaking to anyone other than your medical team about the nature of the accident and your injuries until you have consulted a highly rated Oak Lawn car accident attorney. You do not want to say something that might jeopardize your ability to collect damages from a party who was negligent and at fault. For a free consultation, call Schwartz Injury Law at 708-226-9000 for our Orland Park Office or 815-723-7300 for our Joliet office.