What Types of Brain Injuries Can Occur During Birth? 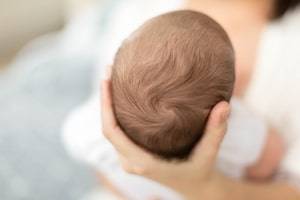 Your baby’s birth is supposed to be one of the happiest days of your life. Unfortunately, for many parents, an unexpected birth injury fills the day with uncertainty and fear. Brain injuries during birth can be especially frightening. When an infant suffers brain damage during birth, he or she may develop problems that last the rest of his or her life. If the injury is the result of medical malpractice, the child’s parents may be entitled to compensation for the losses they have suffered because of the brain injury.

There are numerous medical complications that can arise during pregnancy, labor, and delivery. Asphyxia, or lack of oxygen to the baby’s brain, is one of the most concerning birth injuries that a baby can experience. Brain injuries can also be caused by physical trauma during delivery or infections that travel through the bloodstream and enter the baby’s brain.

Brain injuries during birth or pregnancy are sometimes caused by a doctor’s negligence. If a child develops a condition such as cerebral palsy or other health problems after being the victim of medical negligence, the parents may be entitled to compensation. To learn more, contact Schwartz Injury Law at 815-723-7300 and schedule a free consultation with a skilled Joliet personal injury attorney.