Why Drowsy Driving Is Considered Just as Dangerous as Drunk Driving 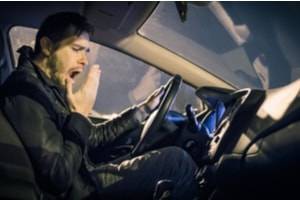 According to the National Highway Traffic Safety Association (NHTSA), drowsy driving was the cause of nearly 91,000 police-reported car accidents in the year 2017, and since then, the NHTSA maintains that recent numbers grossly underestimate all of the incidents actually caused by driver fatigue. Researchers say the exact numbers can be difficult to nail down, as they are only able to identify specific evidence that confirms drowsy driving as the cause for a crash, but the estimates they are able to provide give us an alarming perspective on just how serious the issue is on our roadways today.

Drunk Driving Is Not the Only Kind of Impaired Driving

Experts recommend that drivers remain alert to possible impaired drivers around them by watching for the telltale signs of drowsiness. If you see someone drifting in and out of their lane, veering off to the side of the road, or frequently changing speed, maintain a safe driving distance from them and call the authorities the moment you believe they are at risk of hurting you, themselves, or other drivers. If you have been hit by a negligent driver, a knowledgeable DuPage County personal injury lawyer can help determine if drowsy driving played a role in the accident and inform you of your rights. You may be entitled to compensation for your injuries. Let the lawyers of Schwartz Injury Law address your concerns by calling 708-226-9000 and schedule a free consultation today.