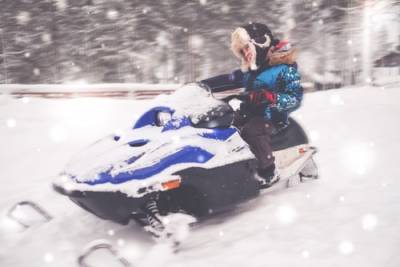 While winter can be a beautiful time of year, it does come with some very unique risks. Every year, people are injured and killed in auto accidents caused by snow-covered and icy roads. We generally think of winter weather conditions being dangerous primarily for motorists, but there are risks for those who use snowmobiles during the snowy months.

Sadly, an Illinois man who was involved in a snowmobile accident on New Year’s Day has passed away due to the injuries he sustained in the accident. When the 33-year-old Coal Valley native failed to return home after going out to use his snowmobile on New Year’s Day, officers were called to the scene. When they arrived, they found the man lying underneath the machine. He was transported to the hospital where he was later pronounced dead. Because a snowmobile involved, the Illinois Department of Natural Resources will be in charge of the investigation.

Snowmobiles are often thought of as less dangerous than motor vehicles due to the relatively few accidents that are reported each winter. But, according to at least one study, a snowmobile may actually be more dangerous than a standard car or truck. The average snowmobile weighs more than 600 pounds and can travel at speeds exceeding 90 miles per hour.

For example, snowmobile manufacturer Arctic Cat was sued by the estate of two women who were killed while riding snowmobiles in Michigan in 2010. A settlement was recently reached, and Artic Cat has paid the estates of the two women undisclosed amounts.

Snowmobiles can cause accidents in other ways as well. You may be entitled to compensation if you are injured when a snowmobiler runs into you, another party’s negligence causes you to have an accident, or your injury is caused by a snowmobile driver’s reckless or intoxicated driving.

Have You Been Injured Due to Another’s Negligence?

At Schwartz Injury Law, we believe that when negligence causes someone injury, the negligent party should be held responsible, and their victims deserve compensation. If you have been injured in an accident, you need an attorney who knows the law. Call 708-888-2160 to schedule a free initial consultation with one of our experienced Orland Park personal injury attorneys today.